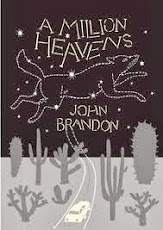 John Brandon is the June Author in the Spotlight on Booksnob this month and he has an written an excellent book called A Million Heavens that takes place in New Mexico.  Read on to learn the back story of his books and to find out where he currently teaches.  He also has some really great authors on his list of favorites.


1.  Tell us a little bit about yourself?


I grew up on the Gulf Coast of Florida, where my family still lives.  I went to college at UF, and since then I’ve lived all over the country, in about a dozen different states.  I did an MFA at Washington University in St. Louis and then spent several years working in factories and warehouses before my first book, Arkansas, was published.  After Arkansas, I was awarded the Grisham Fellowship down at Ole Miss and then the Tickner Fellowship at Gilman School, in Baltimore.  Now I teach at Hamline University in St. Paul, permanently I hope.

I always start with setting, and this novel was no different.  My wife and I lived in New Mexico several years ago and I always knew I’d use the place as a setting.  There was something mysterious and open about it.  I sat on it for a year or two and then started thinking about what I could do with the desert.  I knew this was my chance to involve magic and the mystical.  I knew I wanted to have a lot of characters all blowing around in the desert wind, some of them strongly connected, some barely connected at all.  Having a wolf character occurred to me.  I hadn’t written decent characters, good people, so that was new too.  Well, they’re decent compared to my previous characters, anyway.

Some of Reggie’s childhood memories are my own, and some of Arn’s work experiences.  That’s probably about it.  Oh, and I had that job Cecelia has, where you go around and fix the A/V equipment.  I was as bad at it as she is. 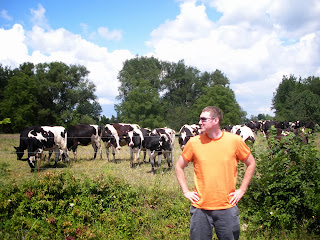 The first time I wrote a story, as a sophomore in college, I knew it felt different than anything else I’d tried.  I found myself taking it seriously.  I’d been pretty good at sports as a kid, but I didn’t really care about it.  I wasn’t competitive like you’re supposed to be.  I was terrible at math and science, and not even particularly good at writing academic papers.  And then here was this thing I seemed to care about a lot, and I seemed pretty good at it.  In high school it didn’t occur to me that I could be a writer, but Gainesville had a bunch of them.  I figured if they could do it, maybe I could too.

Well, my idea while I was writing it was to make the narrative ride mimic real life.  So sometimes wild things happen and sometimes nothing happens.  Sometimes characters are strongly connected and sometimes they’re not connected at all.  Some endings are cornily happy and some are sad and some are sort of neutral or don’t feel much like endings at all.  I didn’t want each character to announce in their first sentence what their purpose in the book would be.  I didn’t want them to say, I’m so-and-so and John Brandon will be using me to fill the roll of, you know, whatever.  I wanted the characters to feel sort of found, and then as you go you see how their stories intersect or speak to each other.  Or how they don’t.  I wanted it to be a novel that didn’t read like a novel.

No particular lesson.  I just want them to feel like they’ve been immersed in a world they’ve never been in before, that I’ve given them a thorough experience of my vision of the desert.

My editor Eli Horowitz had a lot of say about the cover.  There are usually a few discussions at the beginning of the cover-art process that I’m privy to, during which they let me give input if I have any.  Usually I’m pretty eager to just hand it over to them and see what they come up with.  The same artist did all three of my covers, this guy Keith Shore.  I can take credit for one idea, but it isn’t on a cover.  In my novel Citrus County, on the page that says Part 1 there’s a spider, then on the page that says Part 2 the spider has moved down the page, then part 3 he’s moved even farther.  That was my idea.

As far as the title, my suggestion was The Dry Measures.  It got voted down, maybe because it was a little punny.  A Million Heavens comes from the book, something Cecelia says.  Eli picked it out and said it sounded like a title. 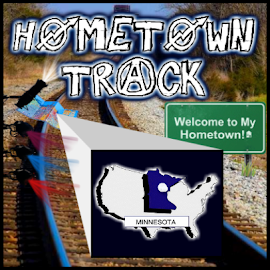 It’s not easy.  I’m more a crack-of-dawn type than a midnight-oil type.  I get up early and sneak out of the house before the kids are awake.  Summers and Christmas Break are important, of course.  There’s no such thing as a weekend for me.  Whatever day I can write, I write.  I don’t treat Sunday any differently than Tuesday.  I’ll write on Christmas.

I have an idea for a novel set back in Civil War times, but I’ve been too intimidated to start it.  This summer I’m fixing up short stories for a collection that will come out early next summer.

Oh, I’m not much of a salesman.  If you like something different, something that finds its own way, you’ll probably like it.

Promote Your Page Too

The Best We Could Do by Thi Bui

If you are a MN author or publisher of MN author and would like to be featured as the author of the month, please e-mail me.

Feature an Author from your hometown 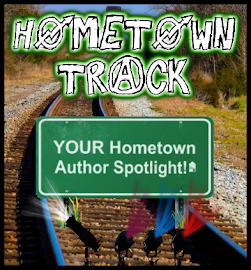 A meme hosted by (me) Booksnob