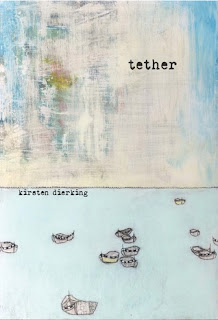 Kirsten Dierking was the Minnesota Author in the Spotlight here on Booksnob in the month of April.  Her book, Tether is a beautiful collection of poetry that will surprise and delight you. Kirsten and her publisher Sprout Press are giving away 2 copies to Booksnob readers.

Here is a snippet from my book review of Tether.

Kirsten Dierking's 3rd book of poetry, Tether, is a delightful and tender collection. Many of the poems have themes related to water and they are gathered into sections, titled, The Ebb Tide, The Visible Current, Body of Water and The Balm of the Sea. The cover of the book really reflects the contents of the book. The poems are calming, like a lazy day on the river.  They are full of nature and wildlife and once in awhile they bite like a big mosquito or hit you like thunder.

Announcing the June/July Author in the Spotlight 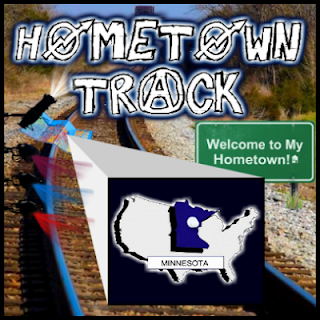 Announcing the June Author in the Spotlight

It's June, glorious June.  My favorite month of the year. School lets out for the summer and I feel free to explore the world and be creative and read until my heart is content. I also celebrate my birthday in June and this month I am going to Spain and Morocco. Oh yeah. I am taking 8 students on an educational tour and it's going to be awesome.

In July, I am going to Montana to do service work on the Northern Cheyenne Indian Reservation for about 10 days as we are driving through South Dakota and Wyoming to get there. Then I plan to relax in my backyard.  So this summer, you get one amazing author for two months and he is worth it.  If you haven't read any of his books you are in for a treat.

I would like to welcome one of my favorite authors, Peter Geye, as the June/July Minnesota Author in the Spotlight here on Booksnob.  He has written 3 books and his latest, Wintering, releases on Tuesday, June 7th, next week.  I don't remember how we met but it was probably at a literary event in town.  Peter is a former graduate of the high school I teach at, South High in Minneapolis, and he has come back to South to speak to students about writing and so much more. I adored his first two books and am really excited to read his new book.

Here are the synopsis of Peter Geye's books from Goodreads: 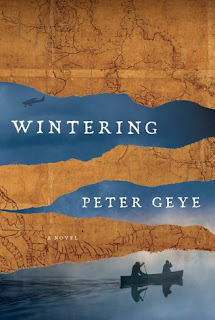 An exceptional and acclaimed writer joins Knopf with his third novel, far and away his most masterful book yet.

There are two stories in play here, bound together when the elderly, demented Harry Eide escapes his sickbed and vanishes into the forbidding northernmost Minnesota wilderness that surrounds the town of Gunflint—instantly changing the Eide family, and many other lives, forever. He’d done this once before, thirty-some years earlier, in 1963, fleeing a crumbling marriage and bringing along Gustav, his eighteen-year-old son, pitching this audacious, potentially fatal scheme to him—winter already coming on, in these woods, on these waters—as a reenactment of the ancient voyageurs’ journeys of discovery. It’s certainly a journey Gus has never forgotten. Now—with his father pronounced dead—he relates its every detail to Berit Lovig, who’d waited nearly thirty years for Harry, her passionate conviction finally fulfilled for the last two decades. So, a middle-aged man rectifying his personal history, an aging lady wrestling with her own, and with the entire history of Gunflint. 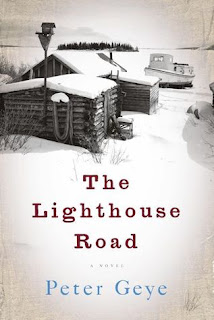 Against the wilds of sea and wood, a young immigrant woman settles into life outside Duluth in the 1890s, still shocked at finding herself alone in a new country, abandoned and adrift; in the early 1920s, her orphan son, now grown, falls in love with the one woman he shouldn’t and uses his best skills to build them their own small ark to escape. But their pasts travel with them, threatening to capsize even their fragile hope. In this triumphant new novel, Peter Geye has crafted another deeply moving tale of a misbegotten family shaped by the rough landscape in which they live--often at the mercy of wildlife and weather--and by the rough edges of their own breaking hearts.


Safe From the Sea: 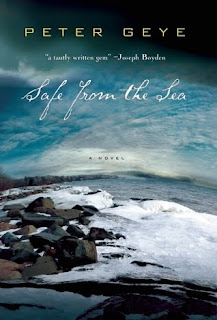 Set against the powerful lakeshore landscape of northern Minnesota, Safe from the Sea is a heartfelt novel in which a son returns home to reconnect with his estranged and dying father thirty-five years after the tragic wreck of a Great Lakes ore boat that the father only partially survived and that has divided them emotionally ever since. When his father for the first time finally tells the story of the horrific disaster he has carried with him so long, it leads the two men to reconsider each other.

Meanwhile, Noah's own struggle to make a life with an absent father has found its real reward in his relationship with his sagacious wife, Natalie, whose complications with infertility issues have marked her husband's life in ways he only fully realizes as the reconciliation with his father takes shape.

Peter Geye has delivered an archetypal story of a father and son, of the tug and pull of family bonds, of Norwegian immigrant culture, of dramatic shipwrecks and the business and adventure of Great Lakes shipping in a setting that simply casts a spell over the characters as well as the reader.

During the months of June/July you can expect a book review, a giveaway, an author interview and maybe a guest post.  Please visit Peter on his website at http://petergeye.com/


Have an awesome summer of reading!!!