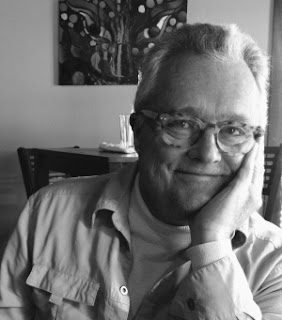 Charlie is the Minnesota Author in the Spotlight for the month of January and he has graciously agreed to answer some questions about this writing life and career, his favorite books and authors and so much more.  I hope you read on to discover more about this interesting author and his books Inhabited and Monument Road.

1. Tell us a little bit about yourself.

I was born in Western Colorado and got away as soon as I could because I didn’t see a future for myself there as a writer. I went to Carleton College and have lived in Minnesota since, always making my living from writing, with a few odd jobs thrown in during those early days of selling book, music and theater reviews for $25 apiece.

For the last decade, I’ve gone back to writing full-time versus running a business. This allows me the freedom to still live in Minnesota but spend the winters (and the disappointing part of spring) in Colorado.

Maybe best of all, I’m still married to the woman I first met at Carleton back in 1968.

2. What is the inspiration behind Inhabited?

For eight years I’ve volunteered for organizations that serve homeless people in Minneapolis and Grand Junction. Being granted access to the lives of the very poor in America inspired me to share what I’ve learned—not just about the conditions of homelessness but about the ways the rest of us 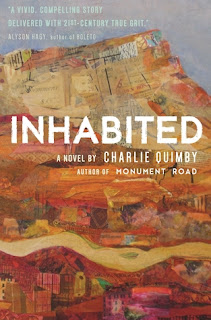 accept, explain or ignore severe poverty and dysfunction in our country.

Also, the culture, landscape and struggles of the hometown I fled are essential to the stories I tell. As a relatively isolated western community with an ambition to do more than tumble through boom-and-bust cycles, Grand Junction shrinks down to size the challenges facing many American cities.

The types of conflicts that arise in the novel are real everywhere. But writing about them in the country where I grew up takes me to my “bone place”—where emotion and sense of time are deep and palpable.

Both books are set in the Grand Valley and both concern how people survive grievous loss and its accompanying regret.

Monument Road focuses on a seventy-something rancher who has spent the year after his wife’s death preparing to fulfill a promise to her—and to end his life at the same time. Leonard Self is a decent but taciturn type who appreciates too late how much of the world he had walled off with his rectitude. His story intertwines with two young people who died along the road he will travel on his final day. One, a foster boy who once lived with Leonard and his wife. Another, a high school girl named Helen whose passionate nature took her too close to the edge.

Memories and encounters on his drive seem like obstacles but they may also be signs redemption waits at the end of the road.

Inhabited continues a theme that runs through Monument Road—how being at home involves feeling comfortable in a place, a set of a relationships and in one’s own skin. It also picks up a loose thread related to Helen’s death in Monument Road.
Inhabited is primarily the story of Meg, Helen’s sister. A successful realtor, Meg's involved with good causes, including serving on the town’s homeless coalition and bringing a promising development to town, and she helps homebuyers find the “lifestyle of their dreams.” But she carries an unresolved guilt that keeps her from fully being herself and from being intimately known by others.
And then she encounters a homeless man named Isaac, whose decency shines through his life's disrepair and whose desire for order could unmask Meg’s carefully constructed image.

4. Usually an author includes some of their life experiences in their books. Did you do that?  Do you have anything in common with your characters?

It’s inevitable that something of a writer’s nature ends up in the blender. For example, in both books characters arrive at perilous heights, which reflects my real-life experience of being drawn and repelled by such places.

I write about the country where I grew up but it’s more as an observer than as a participant. My father took his life in 1984, a period when the community hit bottom economically. Every suicide reflects, in a sense, the sufferer’s distorted view of oneself and poses a mystery that can never be solved. There’s nothing like my father’s death in my novels, but I’m sure my deeper themes flow in part from his life.

I hate characters who are the author in costume. In the few instances where I tried that, I either stopped writing or shrank the guy and moved him away from the center of the story. I already knew him and he wasn’t able to surprise me.

Unfamiliar characters and situations force me to go somewhere new or fearsome, to employ empathy more than memory. That’s what I find stimulating as a writer and as a reader. So I’ve written about an agnostic rancher and his very Christian wife, adventurous high school girls, homeless people with mental illness, a man in denial that he’s a serial killer, an enterprising nun, an alcoholic who finds his center late in life, a semi-redneck businessman, etc.

5. What are some of the issues in Inhabited that are integral to your story?

Your question makes me want to get on my soapbox, something I tried hard avoid in the book itself. I’ll just say the story’s focus on homelessness and economic development invites people of good will to ask themselves some fundamental questions about self-interest versus the interests of others.

For example, last night a book club reader identified a key question in the story: whether it’s possible to distinguish the “undeserving” homeless in order to help only the “deserving.”

Are economic outcomes the proper measure of mankind? Is wealth truly virtue’s reward, and if so, what does that say about the poor? Should we leave society’s toughest problems up to the market since diverse communities can’t seem to agree on solutions?

We tend to judge other human beings based largely upon how alike they are to us. That’s the core issue in Inhabited and at the center of our national discourse. 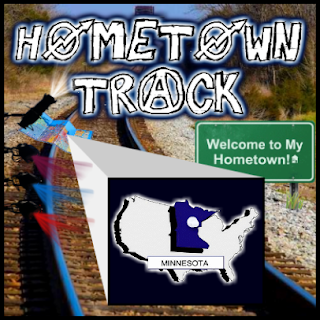 6. Do you like to read?  What are some of your favorite books and authors?

Reading is an essential part of the writing life. I tend to look for a book that is right for me at a particular moment, rather than pursue greats or favorites, because what concerns and influences me changes.

Life is short and even Pantheons go out of date. For example, writers as different as Edmund Wilson, Harry Crews, Wright Morris and Margaret Atwood once inspired me to acquire all their works. I still haven’t read all of them.

Not to totally dodge the question, here are some of my all-time favorite reading experiences. All of George Orwell, including the four-volume Collected Essays, Journalism and Letters. Loren Eiseley, an anthropologist and natural science writer, especially The Immense Journey and The Night Country. Wallace Stegner for his writing about the culture, history and environment of the west. And Joe Sacco for his use of the graphic novel form to give an intimate focus to the big subject of war.

7. What is one book that you think should be part of the school curriculum or a part of the great books canon?

1984 should be taught forever. Unlike many books in the canon, people will read it anyway.

8. How do you carve time out of your busy day to write?  Do you write full-time or do you also have a “day” job?

I have always written full-time, though only in the last seven years as a writer of fiction. I am very fortunate to have reached a point in life where my livelihood does not depend on being a novelist.

My first move each day is to fill my coffee cup and sit down to work on something—a novel-in-progress, a blog post, a letter to the editor. I don’t set goals or deadlines, such as words per day or number of hours. If I hit my desk and don’t write anything, that’s very unusual, but I don’t beat myself up over it because I’ll be back at it tomorrow.

9. Have you begun working on a new book?  Can you tell us about it?

I’m in the early stages of working on a third novel that is also set in Western Colorado. The story centers on a very wealthy patriarch who has made his fortune by exploiting the earth and is now building a trophy retreat in the mountains that he hopes will cement his legacy. I expect a lot will go wrong with his plan.

10. In one sentence tell readers why they should read Inhabited.

Inhabited will open your eyes to strangers, tune your ear to their voices, and perhaps change your mind about the boundaries of kinship and the meaning of home.

If you would like to win a copy of Charlie's book Inhabited please enter here:  Inhabited Giveaway