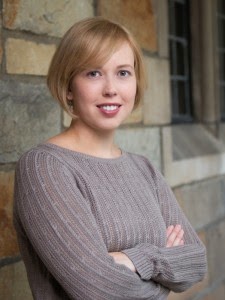 Do you like to read short stories?  I hope so. I read a short story every Saturday and enjoy them immensely.  Give them a try. Please welcome short story author, Rebecca Adams Wright to BookSnob.

I’m here to talk a bit about my new collection, The Thing About Great White Sharks, specifically the settings that inspired many of the stories.  I hope you will indulge me, as I personally find that listening to authors talk about their real-world influences can sometimes be a wonderful way to connect with not only their work, but also with the places that work describes.

The Thing About Great White Sharks is a love letter to many genres and many locations.  There are science fiction stories set on far-future Earths and man-made space stations, and these, of course, were influenced more by powerful descriptions I have read about space than by places I have actually been. But other works, even those set on alien planets, can trace their roots closer to home.  My story “Barnstormers,” concerned with a group of stunt fliers putting on an extraterrestrial desert airshow, is intimately rooted in the dry heat, dusty orange landscape, and spicy scents of the land in Western Arizona.  The struggle to survive in a beautiful but inhospitable environment was a thematic element I wanted to braid throughout the story, and that particular setting felt about perfect.

Other major influences on the book were trips I made to England and Ireland in 2008 and 2010. These were my first visits to countries that shaped so much of Western literature, thought, and culture, and the areas I visited—London, Bath, Yorkshire, Dublin, Kilkenny, the Dingle Peninsula, and the Ring of Kerry—made a distinct impression on me.  I found myself fixated on the vibrant pastoral patchwork of both rural England and Ireland.  Eventually these shaggy, rock-walled fields became the backdrop for “Keeper of the Glass,” my fantasy tale of growing up in wartime.  In “The White Chalk Road,” a story split settings in America and Great Britain, my dreaming protagonist walks along the crest of a hill inspired by the land around the Avebury stone circles. 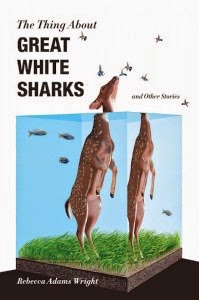 Several times in the years that I was writing Sharks details of previously-visited places filtered into the prose and shaped the way the narrative took form.   “Keeper of the Glass” is an example of this filtering at work.   In September of 2008, while touring York, I learned that during WWII York Minster sent a number of its famous stained glass panels off to homes in the English countryside in an effort to protect the art from Nazi bombs.  What a fact!  The idea of all that precious medieval history tucked away in cellars and garden sheds was so interesting to me that “Keeper” ended up becoming, in part, about what would happen if those vulnerable pieces of glass could manifest some protection of their own.

Some stories found their inspiration closer to home.  “Storybag” follows a traveling salesman around a 1960’s version of the small town where I currently live.  In “The Space We Share,” my child protagonist roams the echoing, tiled halls of a junior high that is layered together from memories of all the schools I ever attended.  He is looking for a ghost, and it seemed appropriate that his world be shaped by the ghosts of my own experience.

It’s so important as an author to be able to make things up.  But I was reminded while writing this collection that the best inventions germinate from seeds of real-life observation.   The Thing About
Great White Sharks is a better book for all the different places that have come to populate it, and the fabric of its invented worlds is richer by being woven from threads of real experience.